World Ethnic Day is coming up on June 19th and I’m so happy to have partnered with Craftsvilla to show you guys my ‘ethnic’ side. While I don’t really believe in the concept of boundaries and borders, I originally belong to the state of Haryana and women would traditionally wear ‘ghagris’ (a shorter version of a ghagra that would end at about the calves) paired with a long shirt/kurta. And I wanted to share a version of that with you guys to celebrate World Ethnic Day. I have certainly made modifications to the look – the bottom is a Banarasi SIlk Jacquard Lehenga (longer) paired with a plain white shirt that I have tucked into the lehenga and the dupatta has been belted over the shirt to continue the color story in the upper part of the outfit rather than it being a stark contrast of white and color.

I do prefer wearing lehengas to sarees because they are so much easier to handle, move around and even sit around in for me personally so I’m extremely happy about the fact that traditionally it was something similar that the women of Haryana wore instead of sarees (phew!). Also makes me happy to celebrate my roots! I’m all for celebrating one’s ethnicity as long as you do it without troubling or bothering people around you and fashion lets you do that so seamlessly don’t you think!

If you’d like to shop my outfit from Craftsvilla, click HERE to head there.
PS it’s currently retailing at just ₹ 5839/- at a 55% off!
#CraftsvillaWorlEthnicDay

Hope you guys enjoy the pics! 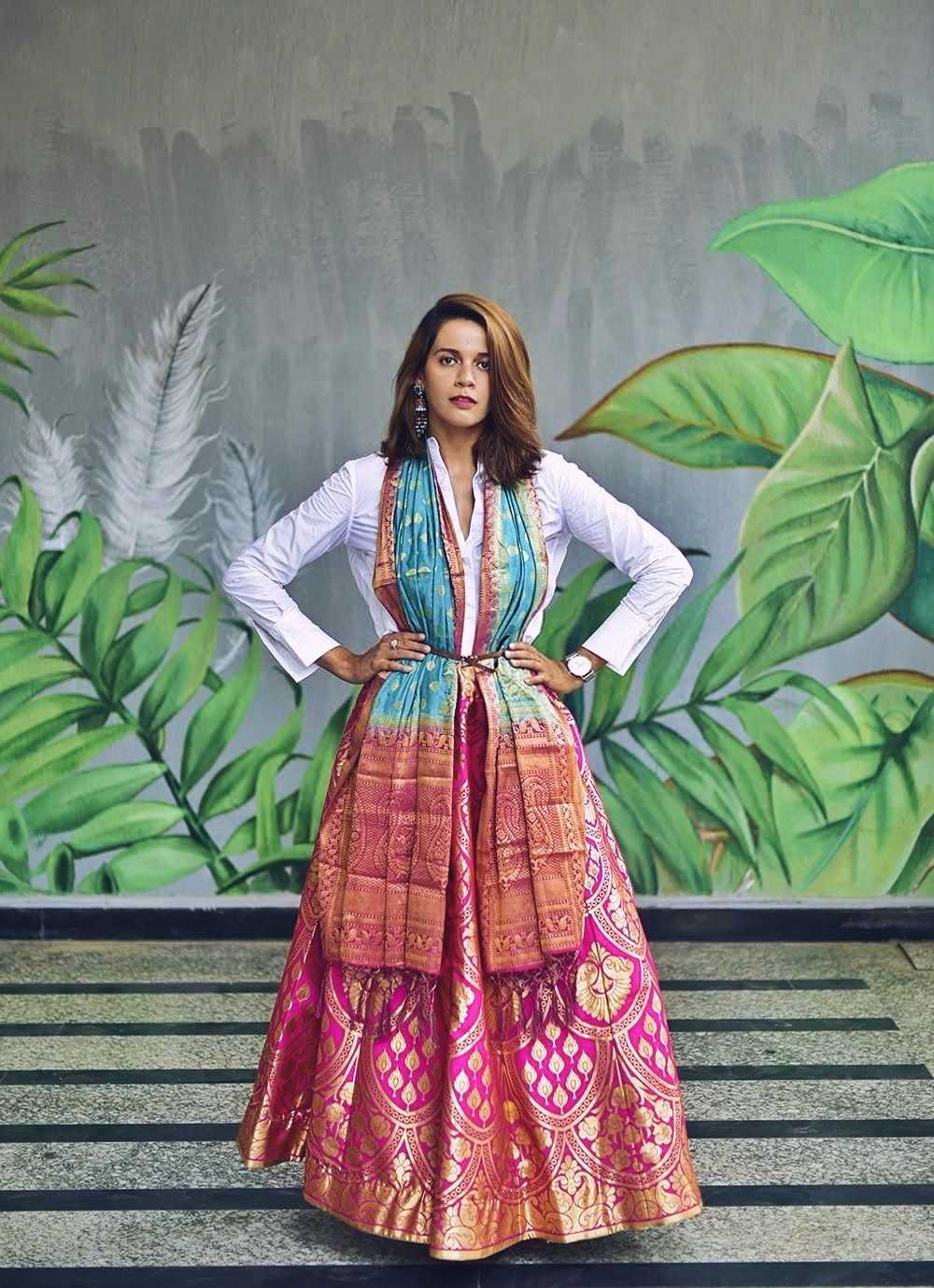 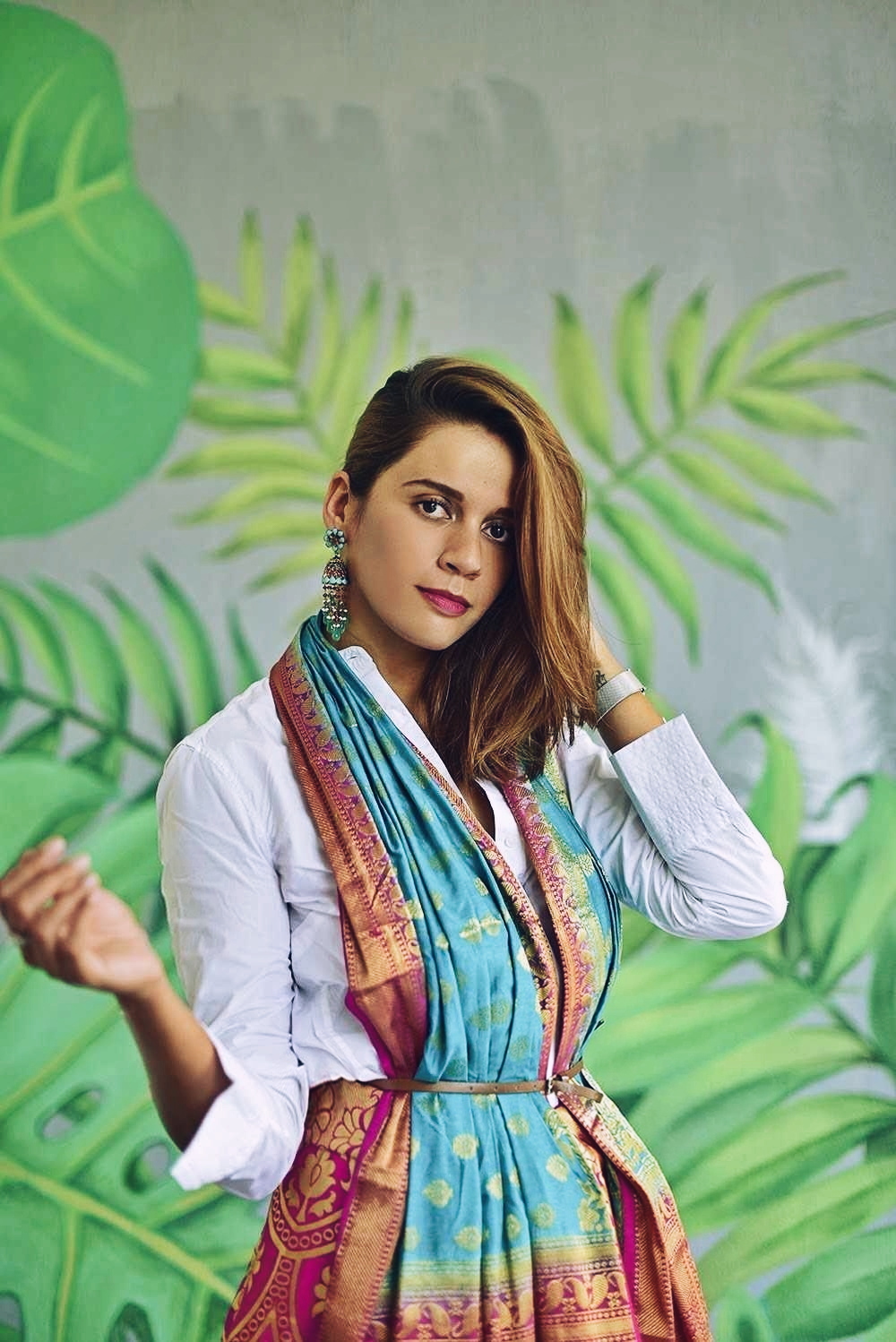 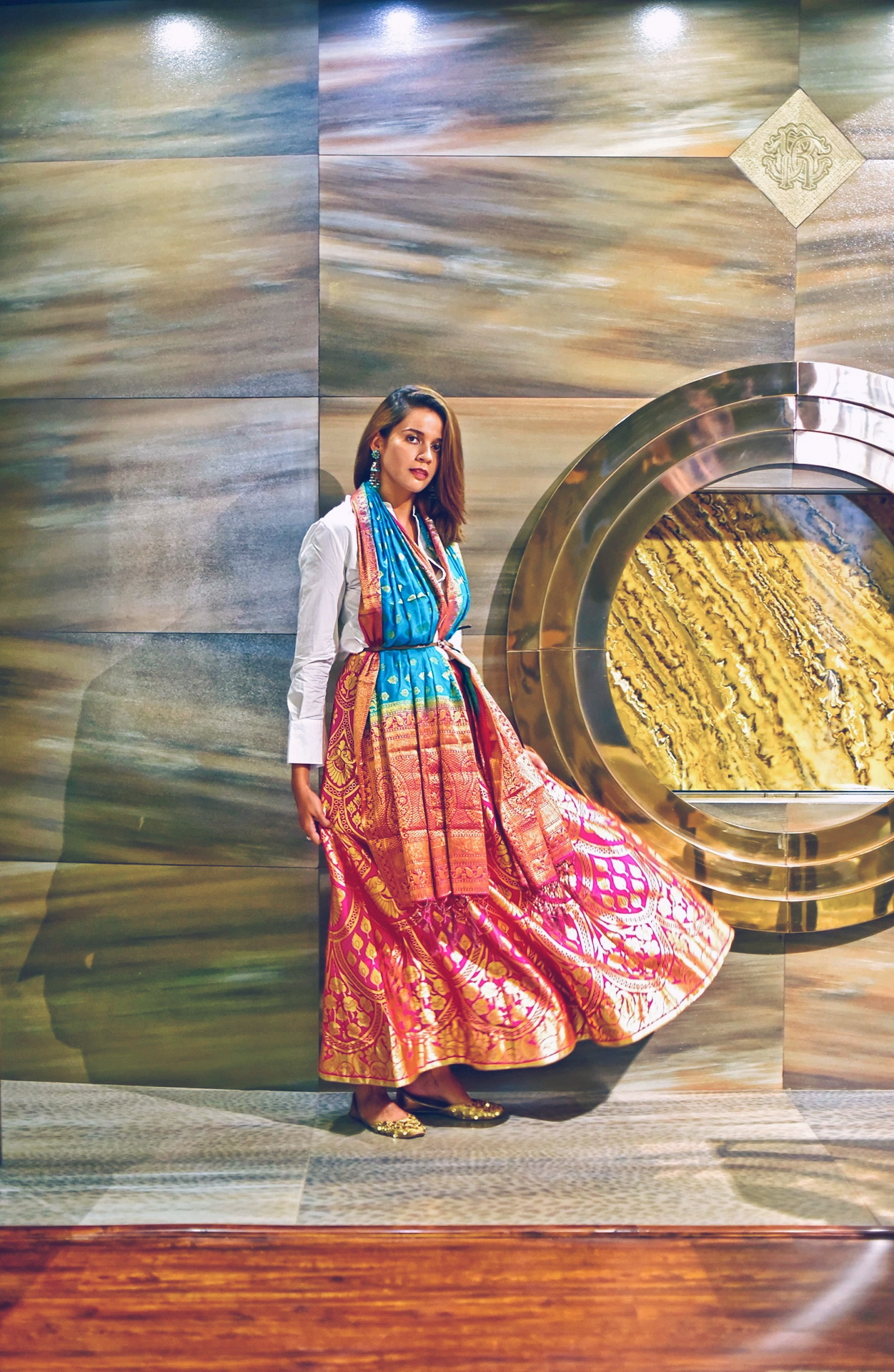 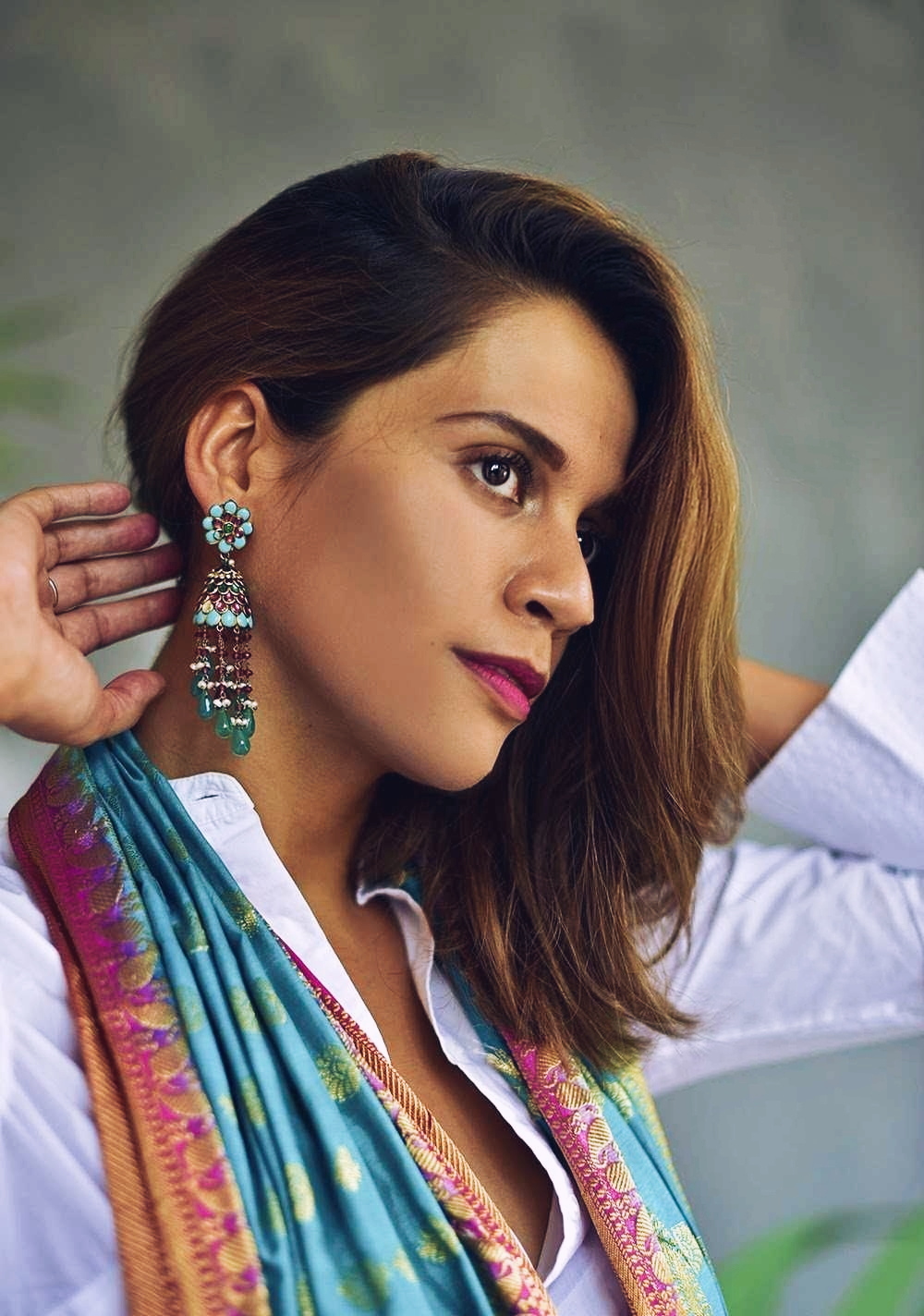 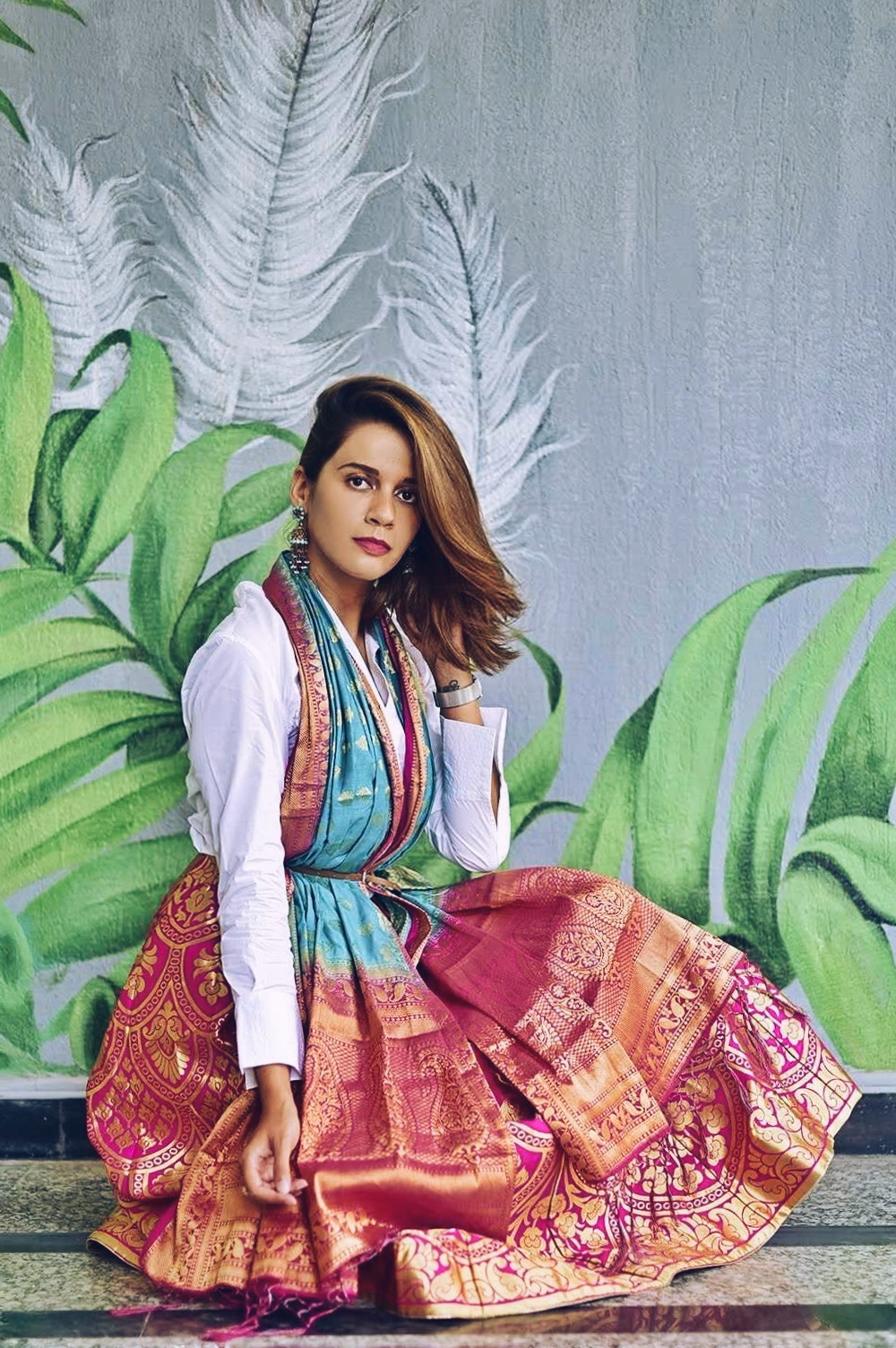 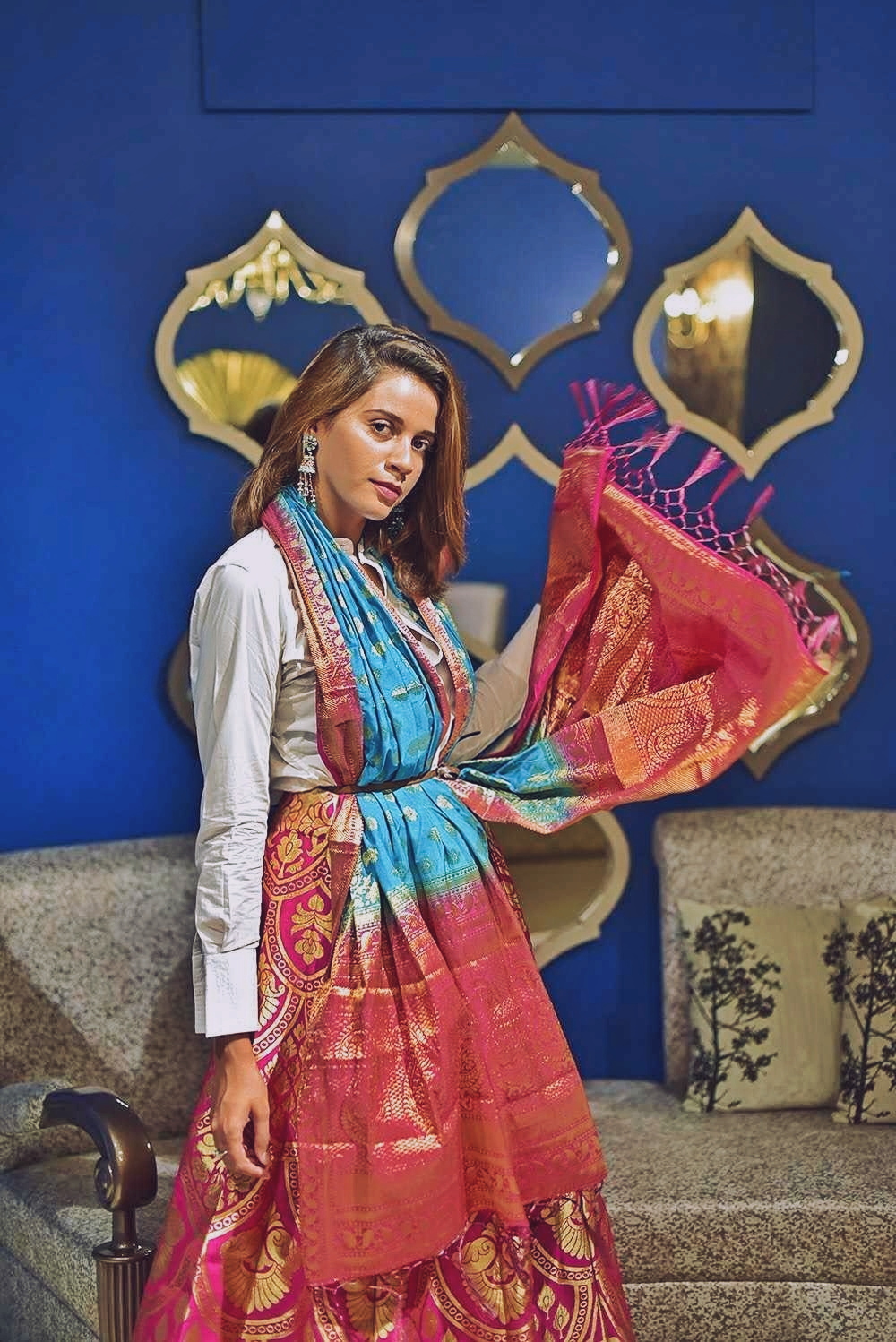 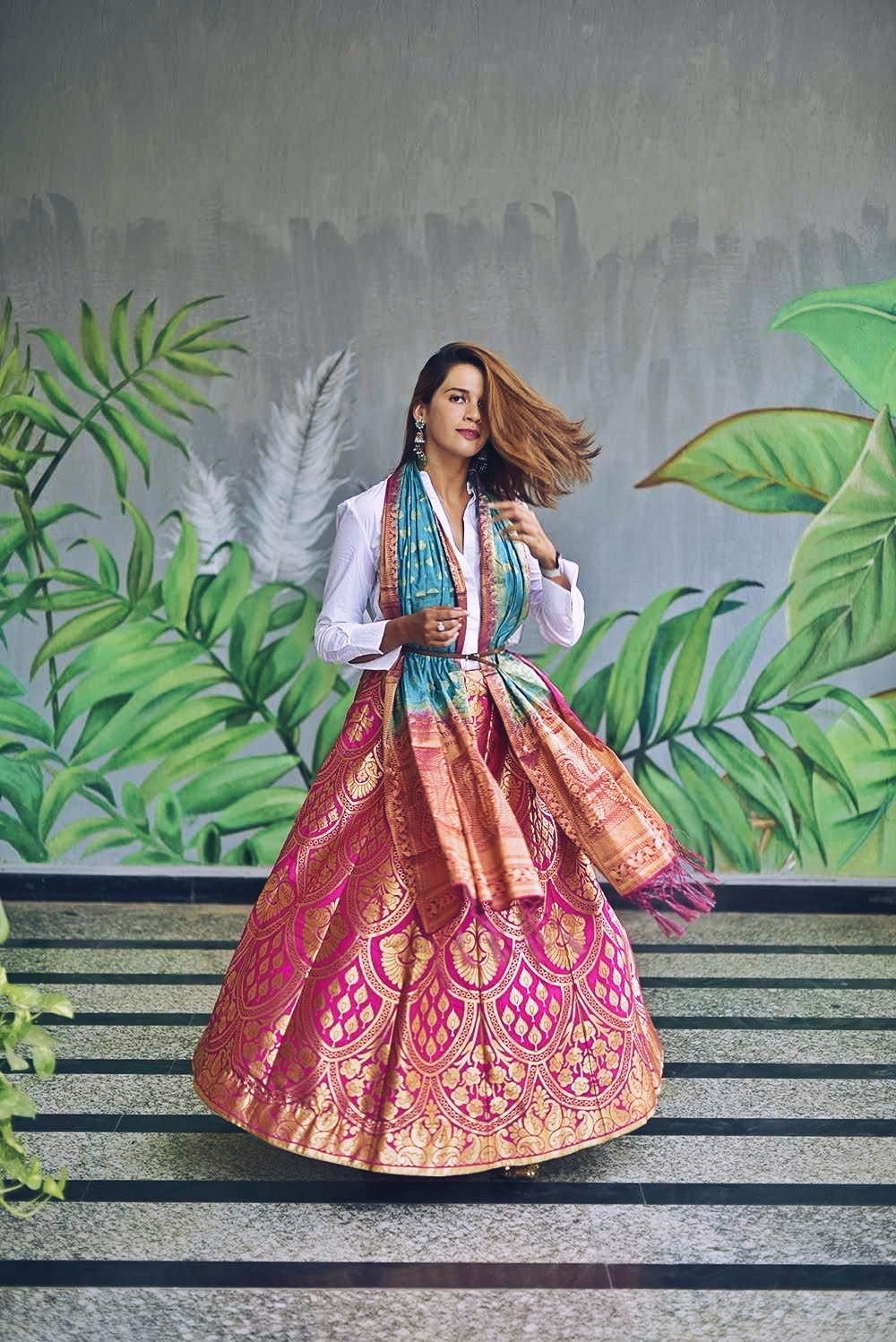 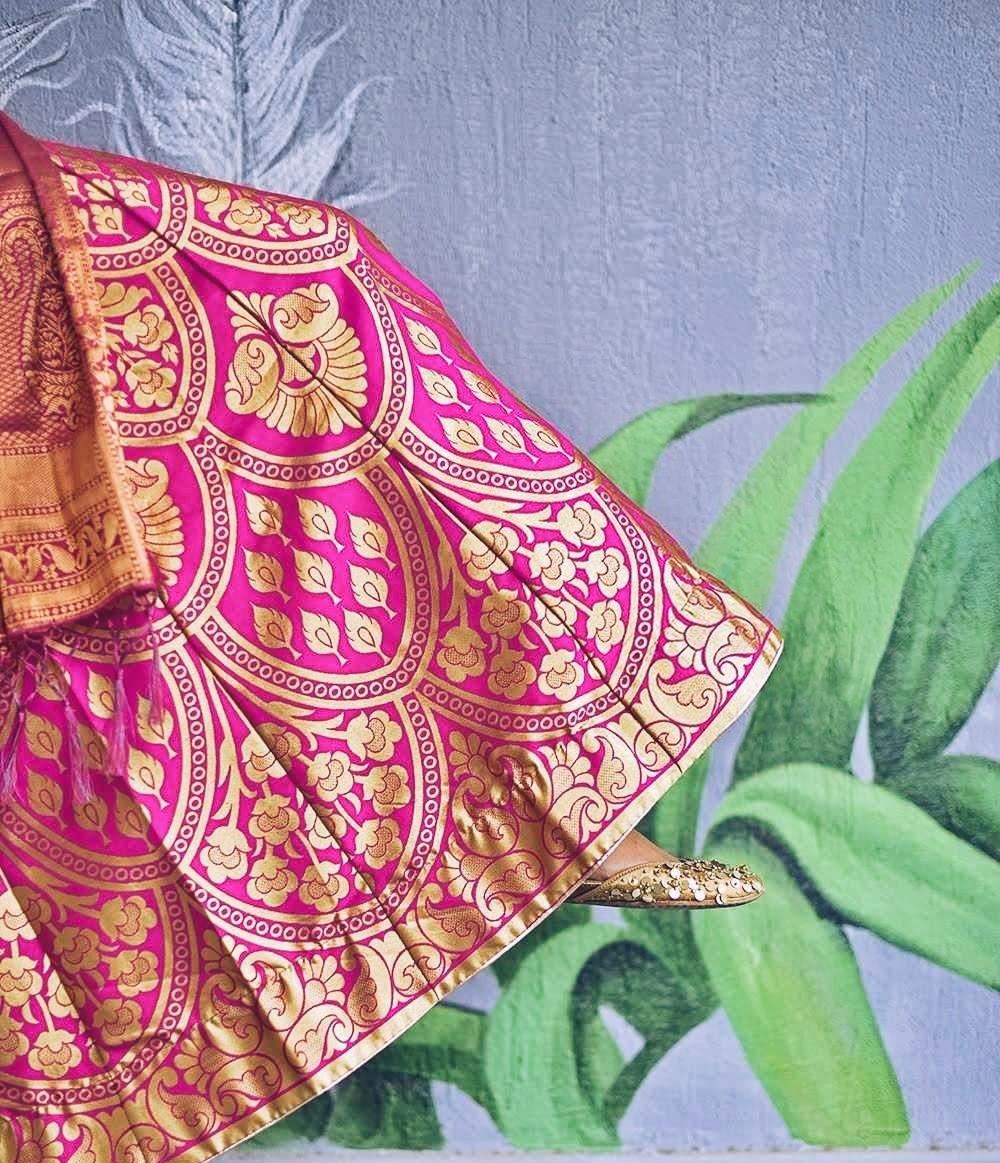 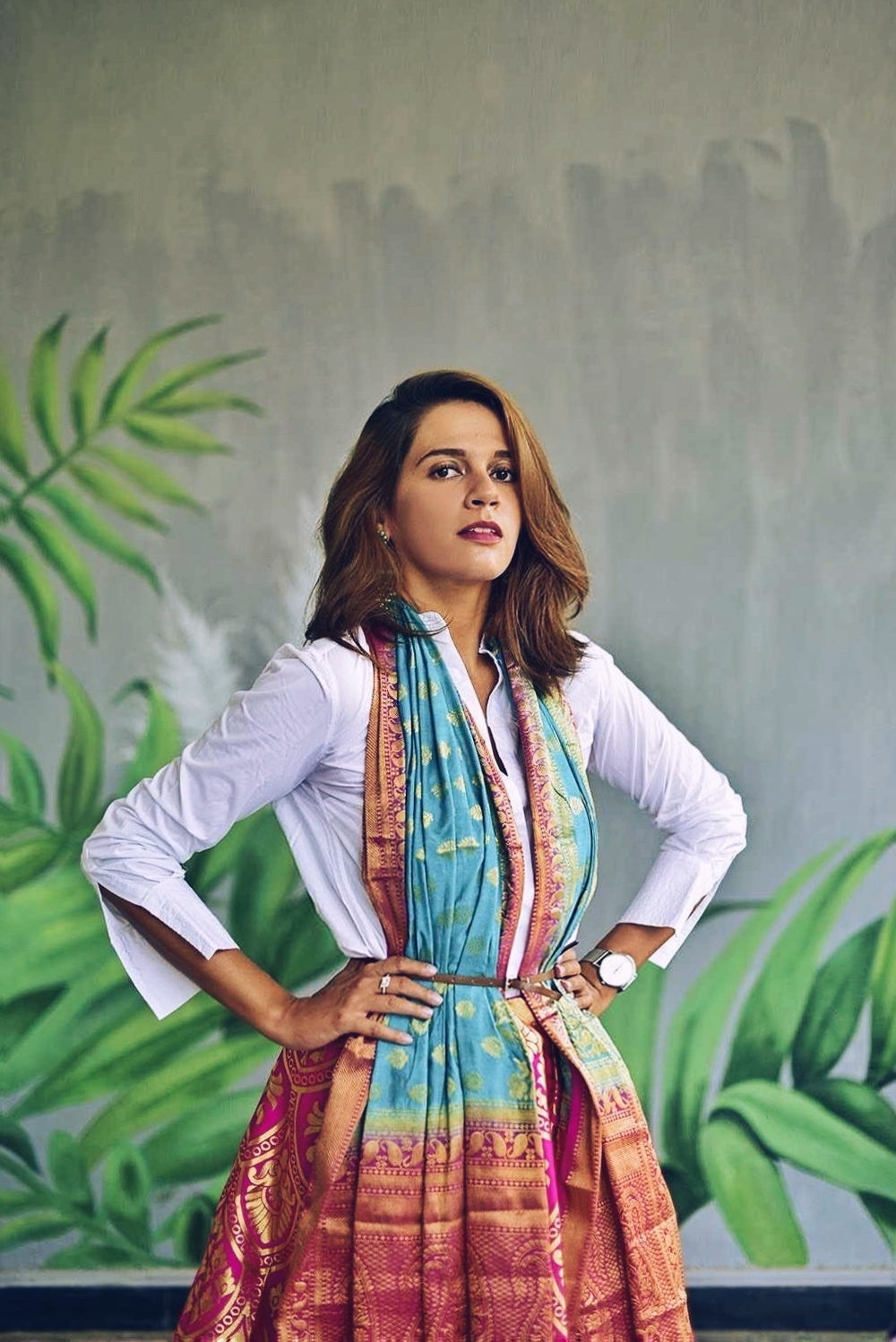 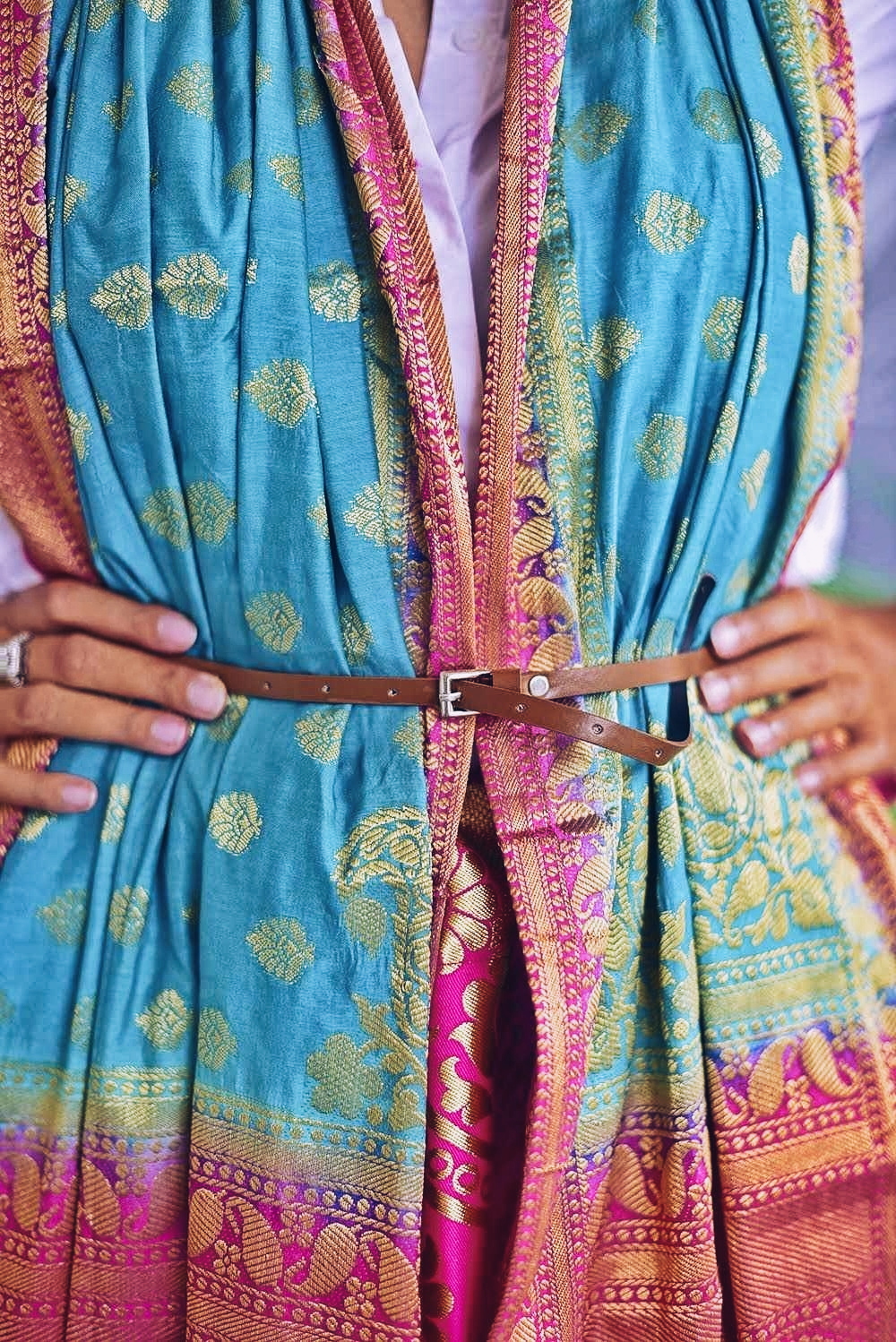 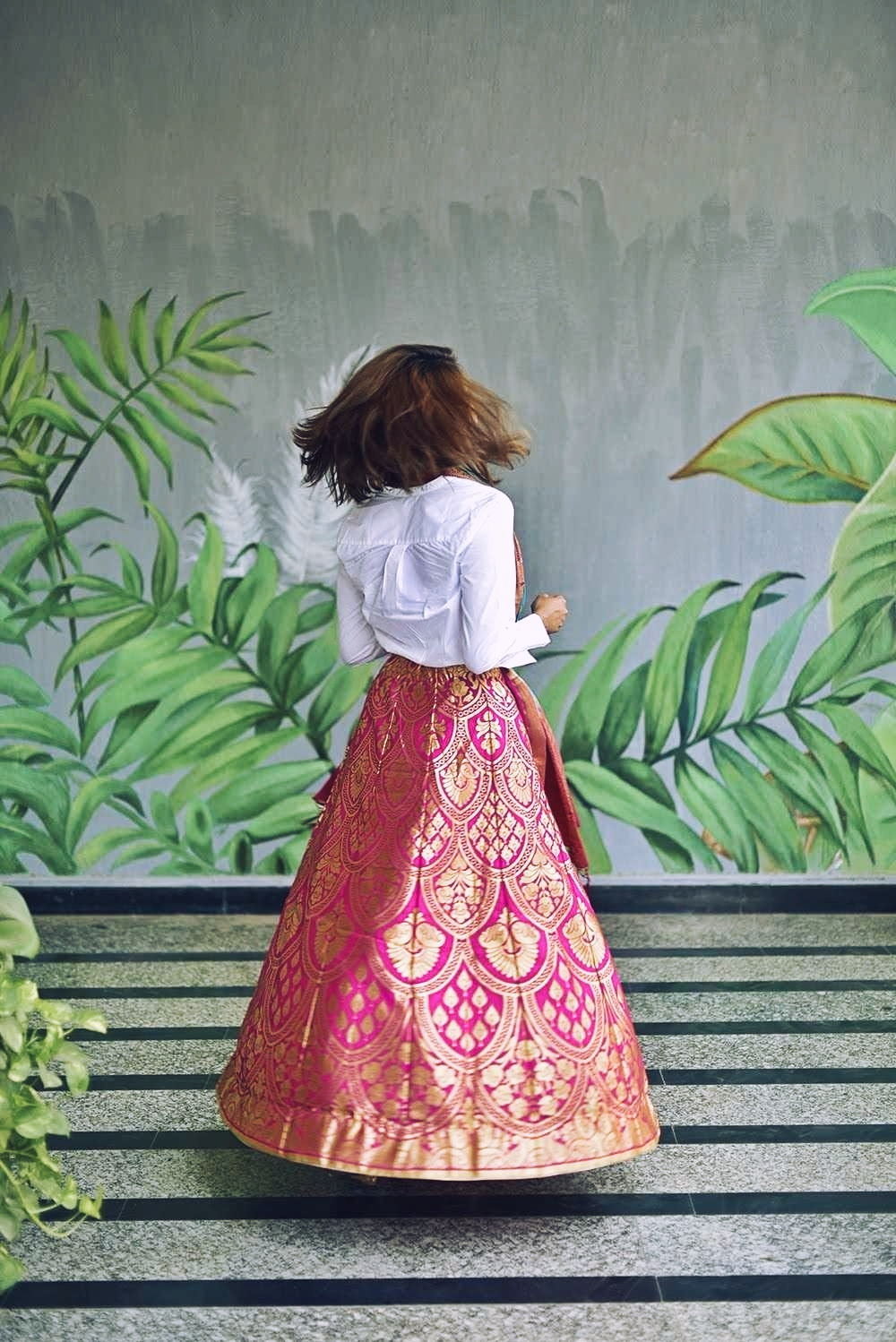 A special thanks to Whitewash Interiors for their beautiful location. It is India’s first premier go to interior furnishing and designing solution provider with an incredible appreciation for art and an accomplished team of artisans and craftsmen. One stop studio for all solutions of the home decor and designing. Located at the Empire State building, MG Road, Gurgaon.