The 2nd presentation/ runway show at NYFW that I attended was Daniel Silverstain – Spring/Summer 2016 at Shop Studios, NYC. We walked from the O’2nd venue to this one – it took us about 30 minutes. The New York heat was relentless to top it up. We also crossed a bit of the Hudson yards on the way.

There was already a tiny queue when we got there. We were checked in and after standing for another 30 minutes, the gates were opened. The show finally started around 11:30am although it was scheduled for 11. Still nothing compared to how late shows in Delhi start.

The collection is inspired by modern decors and innovative architecture that reshaped the city of Montreal during the most successful world’s fair of the 20th century – the Expo67. There was a contrast between subtle, neutral shades and the play of solid primary colors and a small party of metallics going on as well. The metallic jackets did seem futuristic and I can imagine myself in the rose gold one with mom jeans and a plain white tee.

After the show Naina & I headed to Hell’s Kitchen, a nearby restaurant. We had mussels and meatballs. 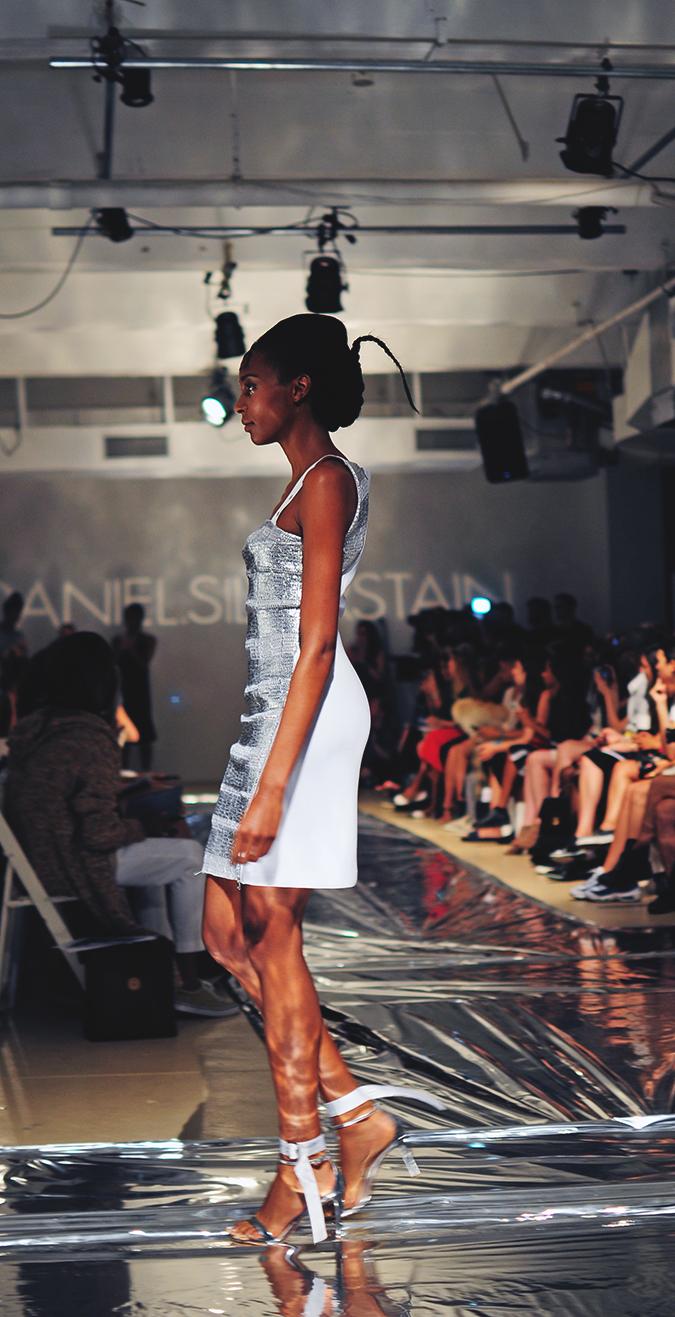 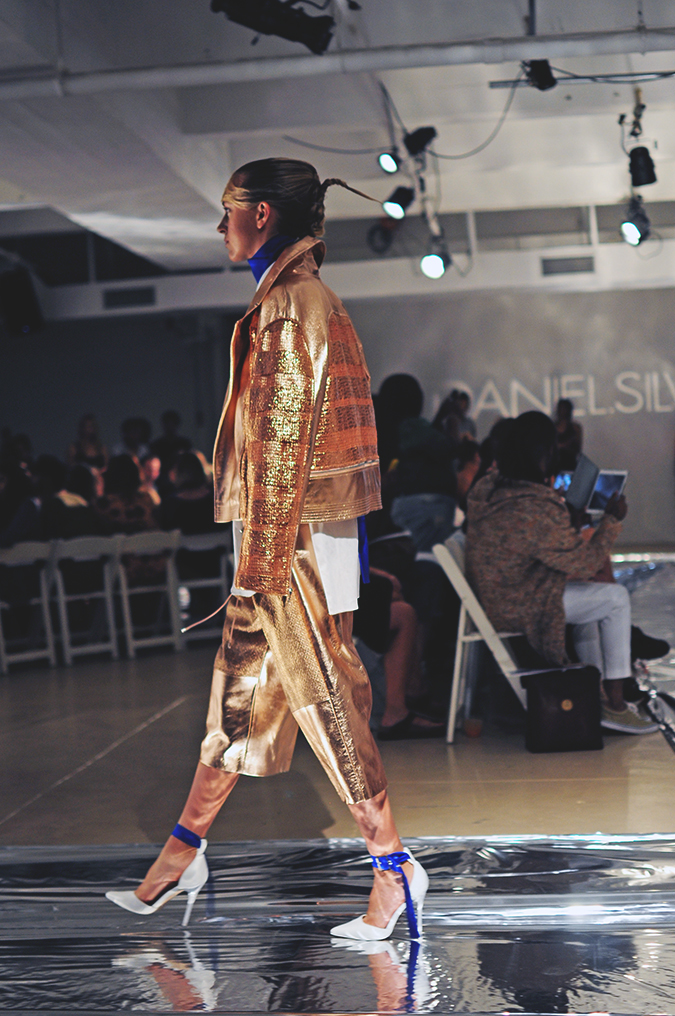 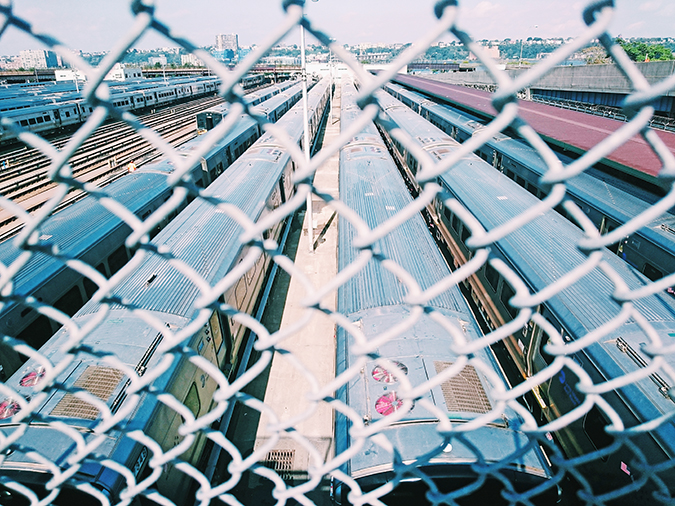 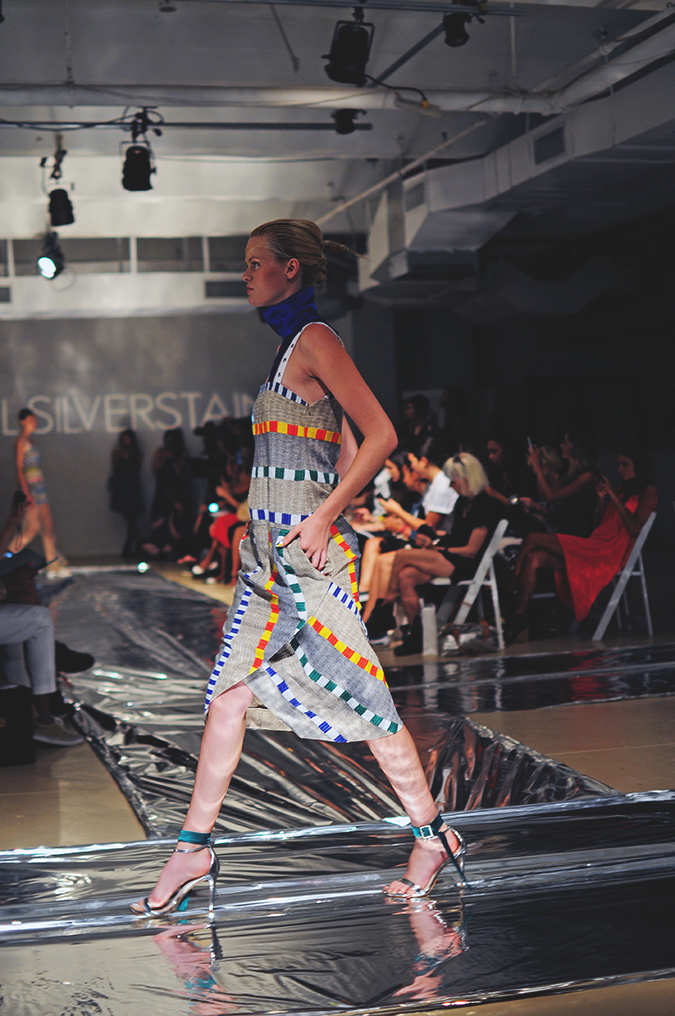 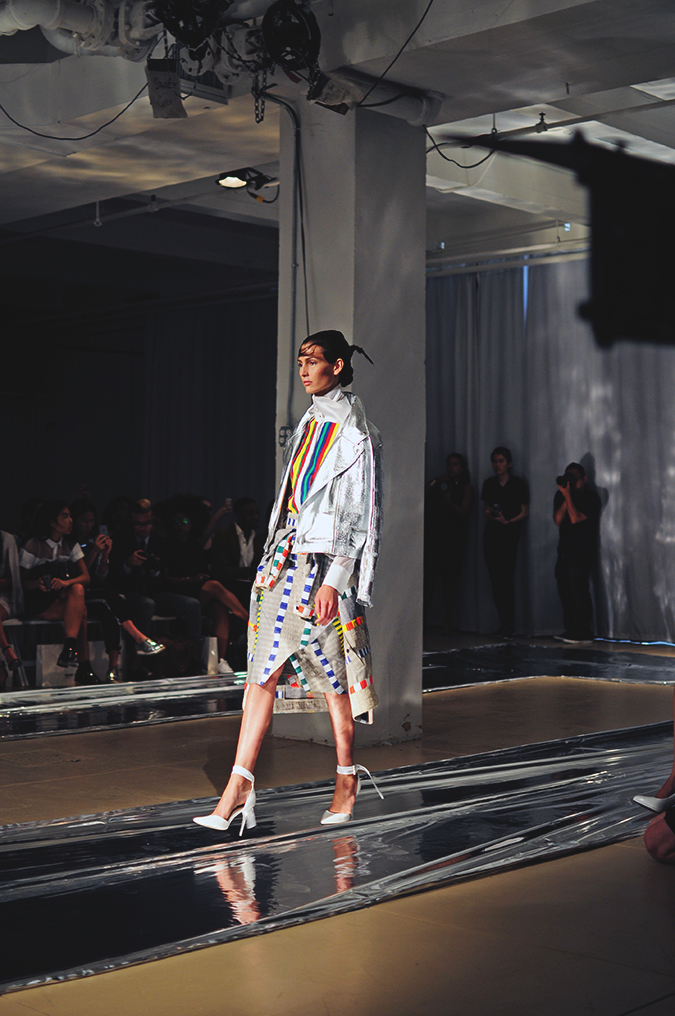 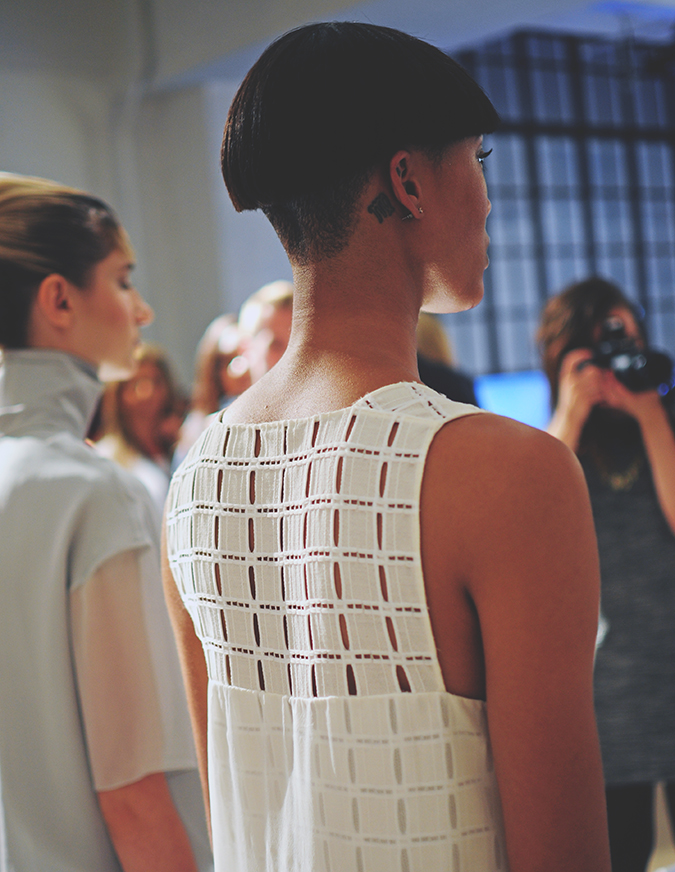 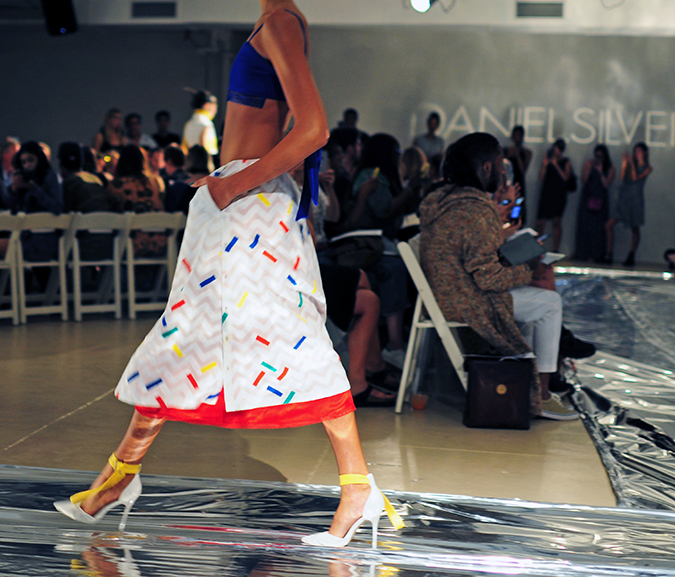 Before the seatings started 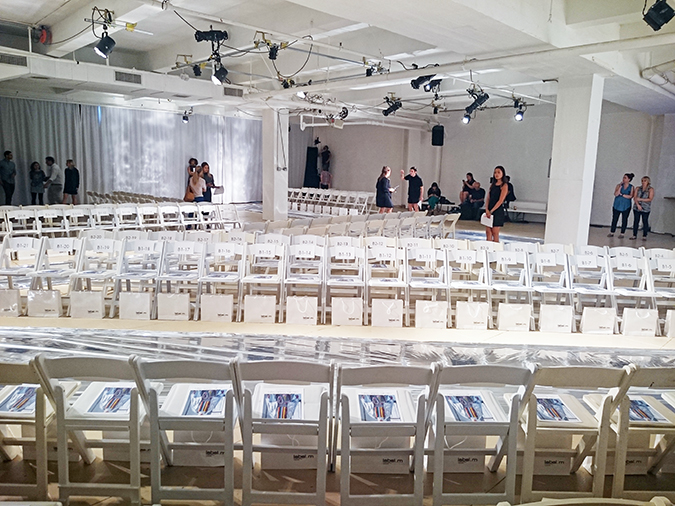 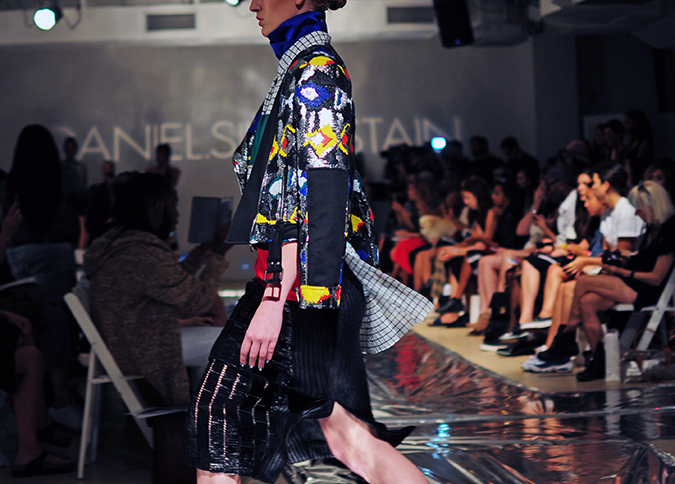 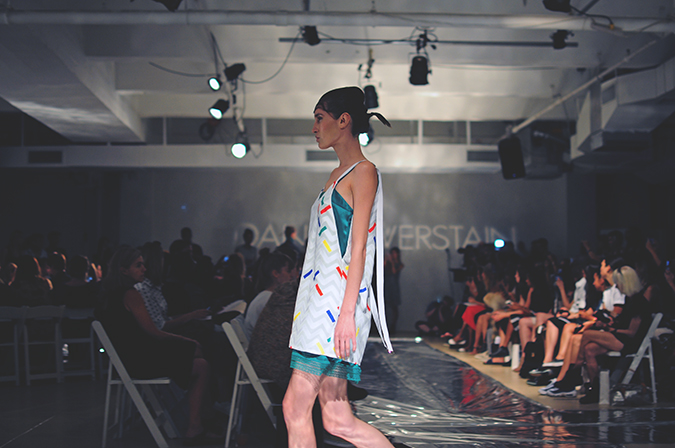 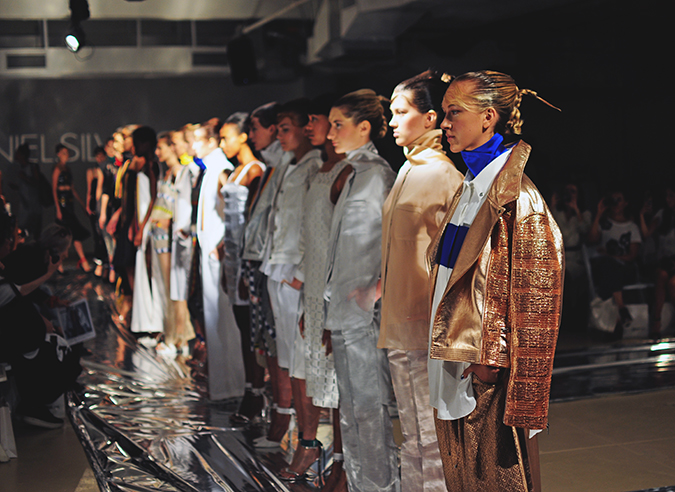 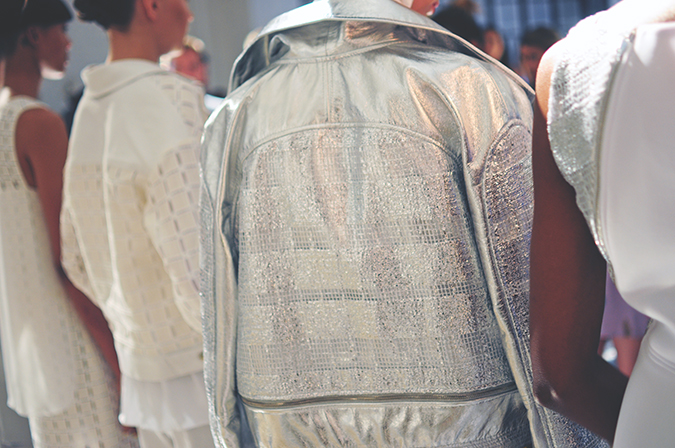 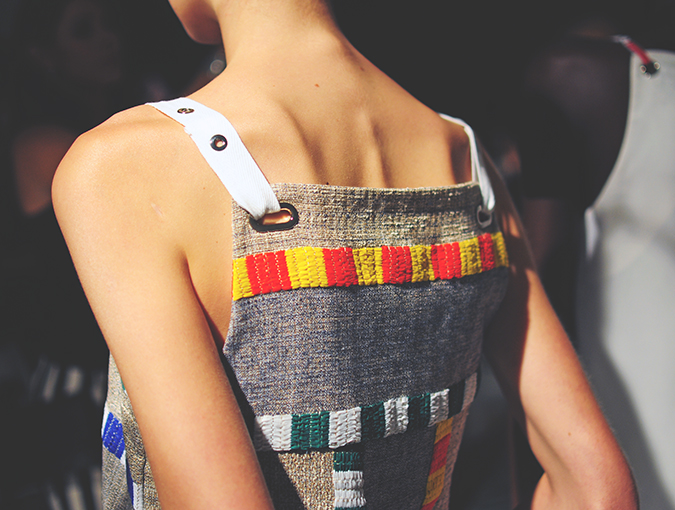 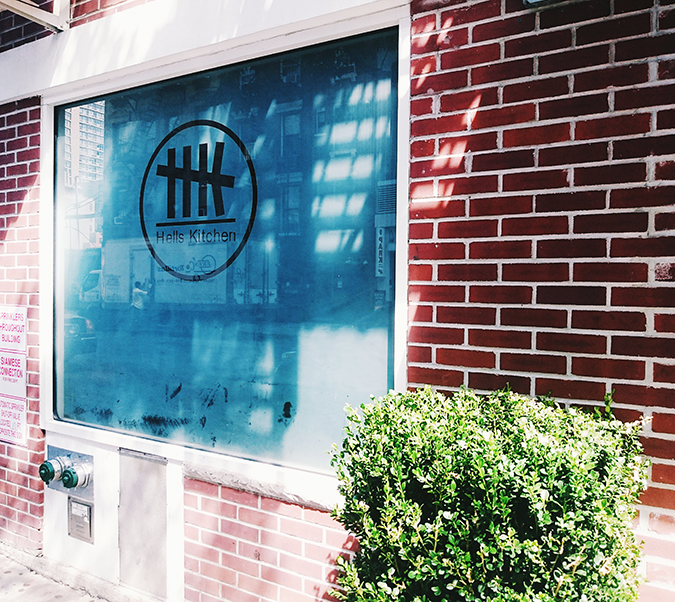 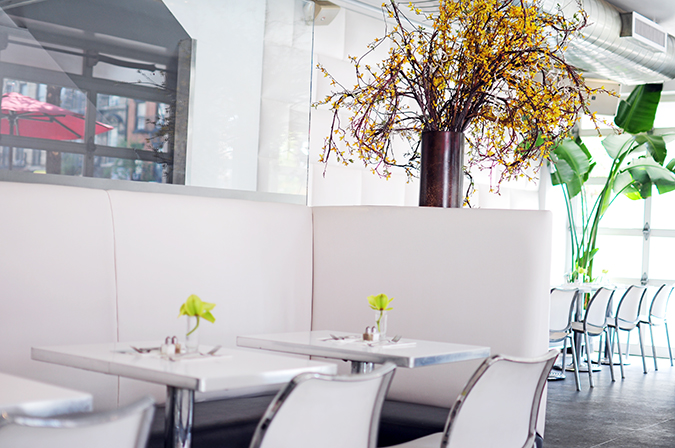 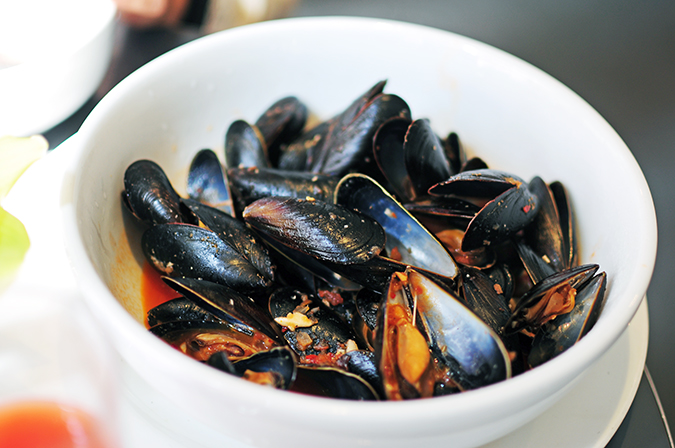 You’ve GOT TO eat when you’re walking this much!