There was quite a bit of hype when Dhaba was launched as a separate restaurant by The Claridges Hotel as a way to experiment with and change their menu in order to cater to a different set of people. For the loyalists & old customers, the original Dhaba at the hotel still exists. But the stand-alone Dhabas are more fun, quirky and younger. Word has it that they will even have special food festivals to expand their audience base. I personally can’t wait because the chef seemed genuinely excited and eager to get his hands dirty with different cuisines.

I visited The Dhaba at DLF Place in Saket, Delhi recently for lunch and what a lunch it was. Stuffed and a bit tipsy too. Yes day-time drinking is the best. Especially when its part of work. Here are the dishes we ate, drinks we had and my experience. For me the most refreshing aspect of this restaurant was the décor and their cocktails. While there are a lot of places coming up with quirky interiors trying to be different, you can really tell that Dhaba has put a lot of thought and effort into it. They even have a life size truck body upstairs with seating inside it. The theme is very specific to a traditional roadside dhaba and you can notice the attention to detail even in their coasters or the way their dishes are served. 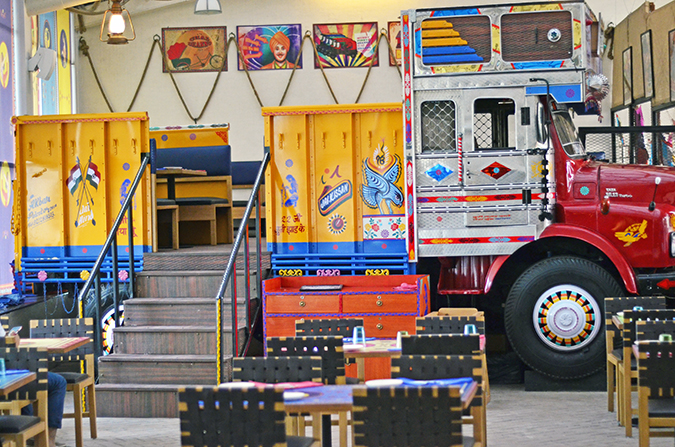 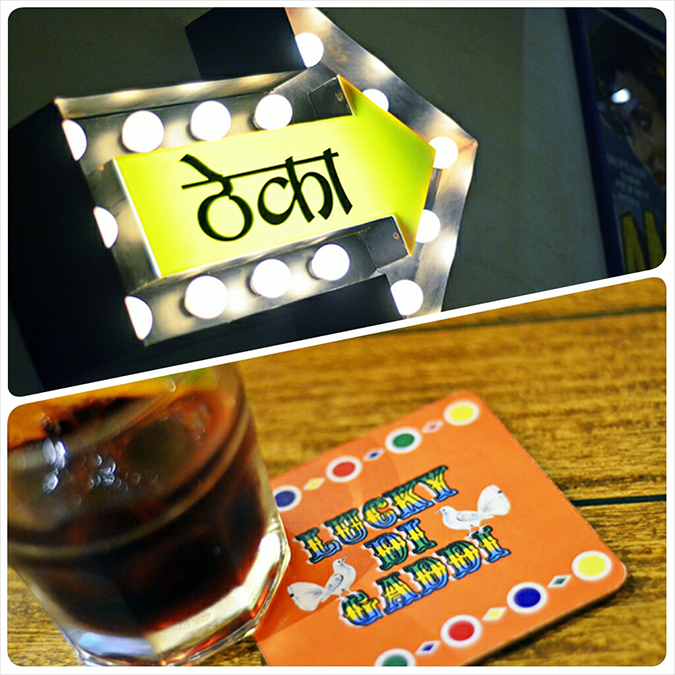 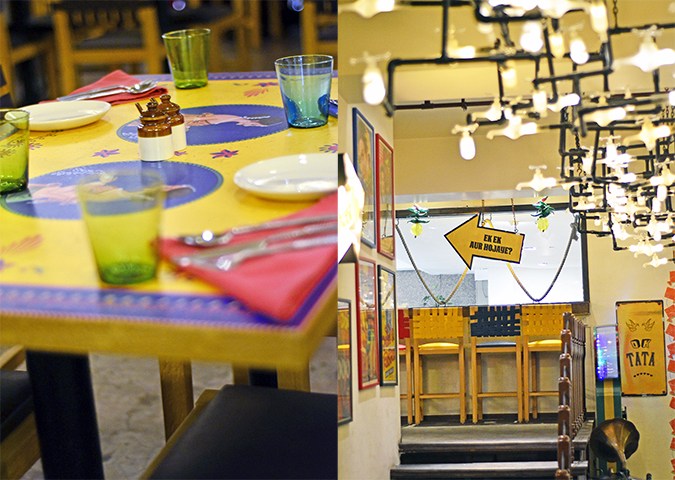 The drinks menu at Dhaba has aptly been named ‘Theka’ the desi slang for a liquor shop. Love that! And they also have new, refreshing twists on their cocktails. With name like Gulabo, Toophan, Basanti, etc the twists are not only in the names but also in their ingredients. An absolute must try is the Gulabo (my personal favourite). Its a Long Island Iced Tea with kala khatta in it. 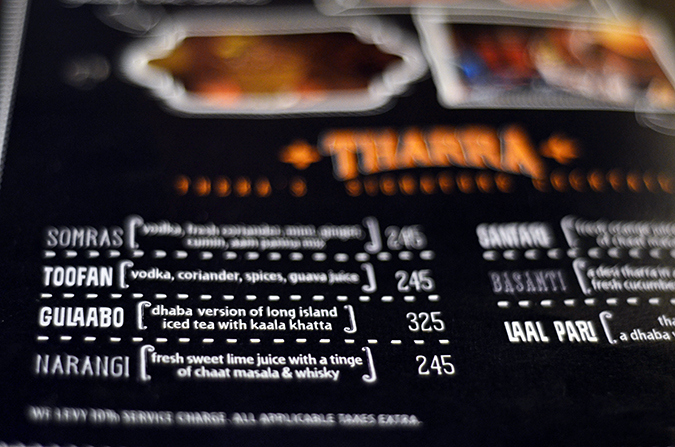 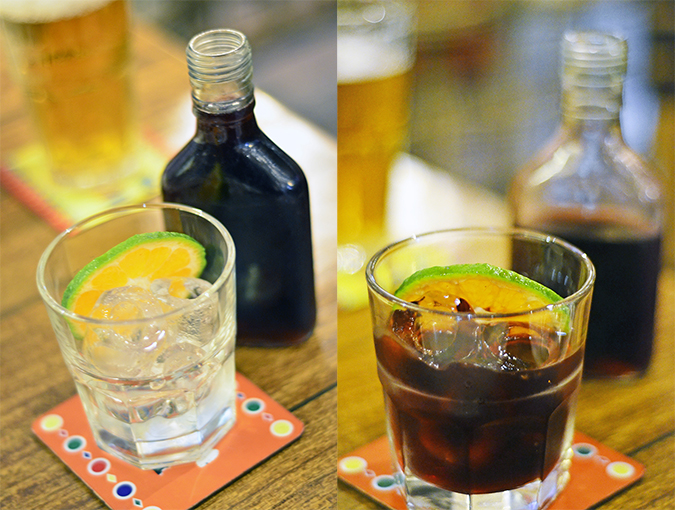 The coktails are also served in the ‘pauva'(quarter) bottles. That’s their Paan Mojito on the left. Not yet on the menu but a really fun cocktail for the paan-lovers. 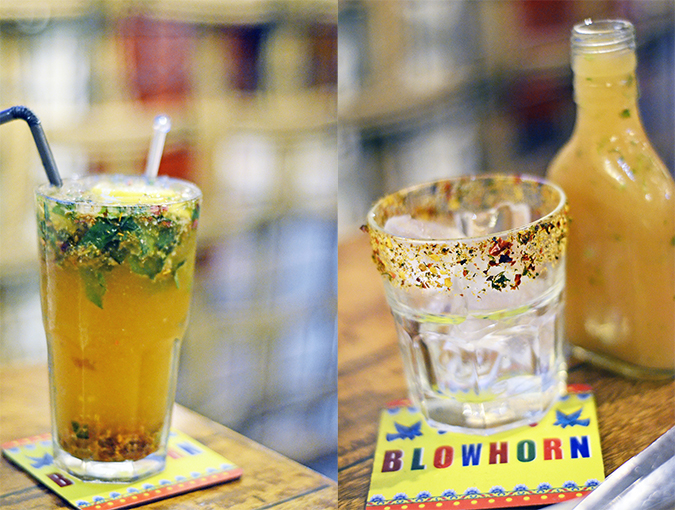 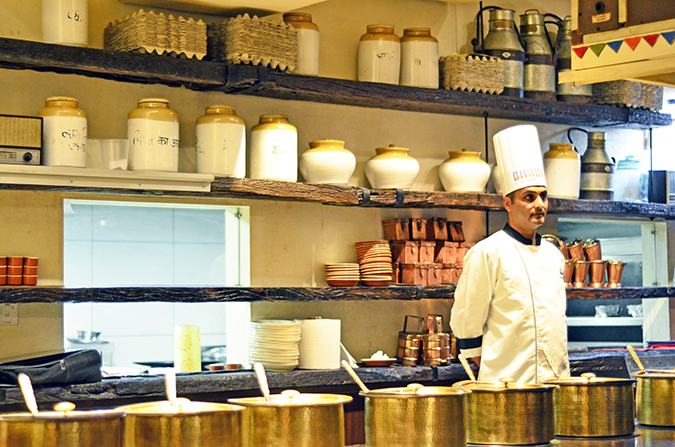 Starters:
Tandoori Bhune Aloo, Galouti Kebab, Amritsari Fish
The Bhune Aloo(potatoes) are surprisingly very tasty. I usually don’t even look at potatoes being the non-vegetarian I am but these were tangy, crusty yet soft, almost likea chat but not quite. A definite must try. The Galouti Kebabs were so so soft – just like they should be. 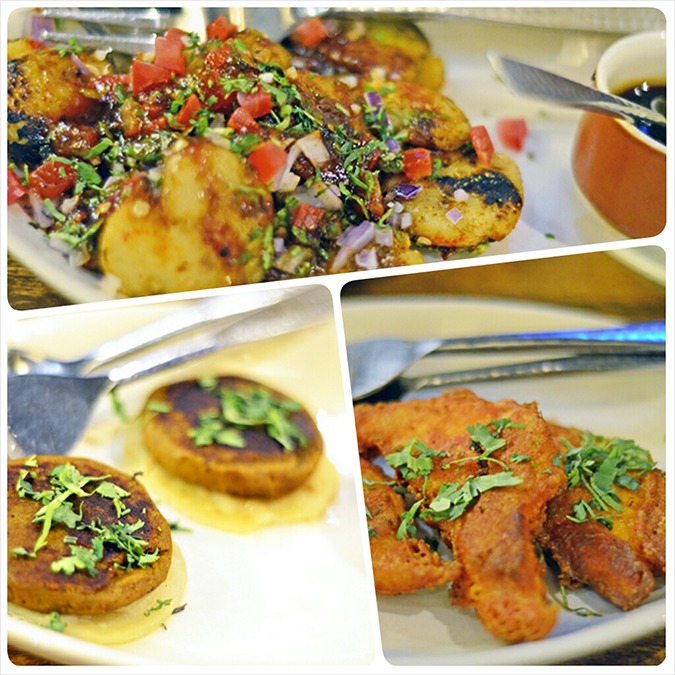 Paneer Makhani, Dal Dhaba, Amritsari Tawa Chaap.
The Paneer Makhani and Dal Dhaba were soft tasty and very rich in flavour. The Tawa chaap was a tad bit too dry for my taste. I reckon that’s how its supposed to be but I guess I just don’t like such a dry starter. 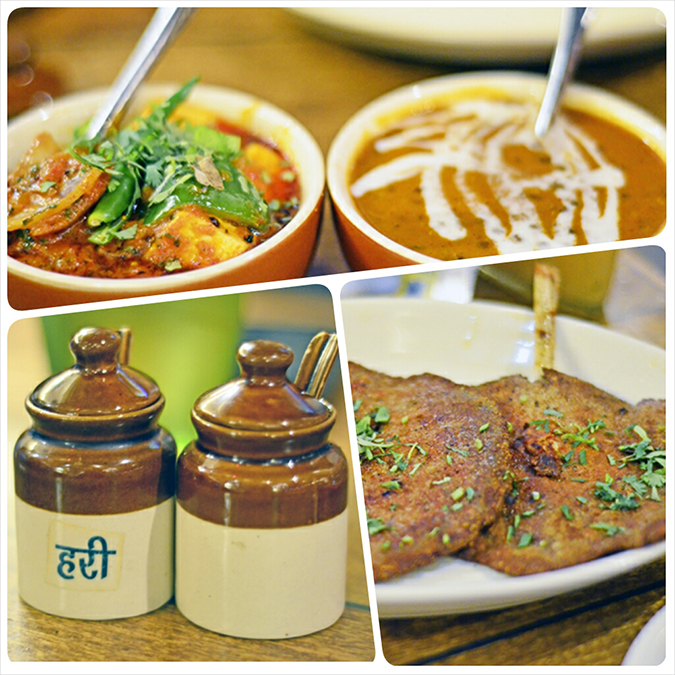 Balti Meat & Pulao:
The Balti Meat is another classic dish that you HAVE to try when you visit Dhaba. Not as spicy as it looks and juicy perfectly coocked mutton – not too tender and not too tough. 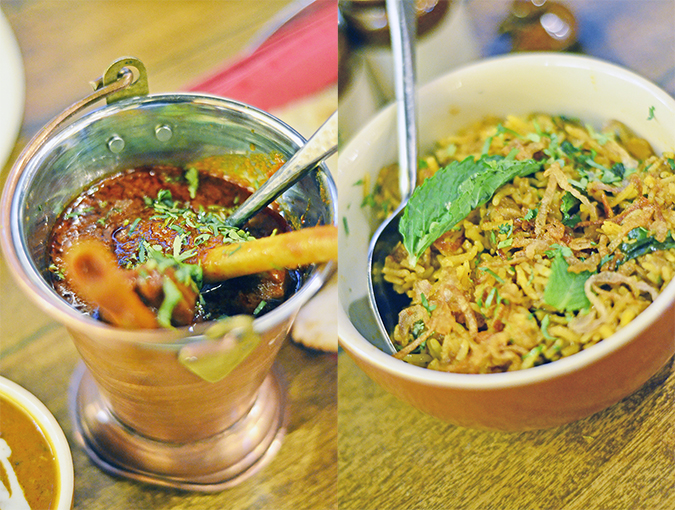 Baingan Bharta & Tiffin Chicken:
Another two very tasty dishes. The bharta is just like how its made at home. I can imagine a meal of the bharta and a roti and that would be so satisfying. The tiffin chicken actually comes packed in a tiffin. One box has the masala chicken and the other some rotis. 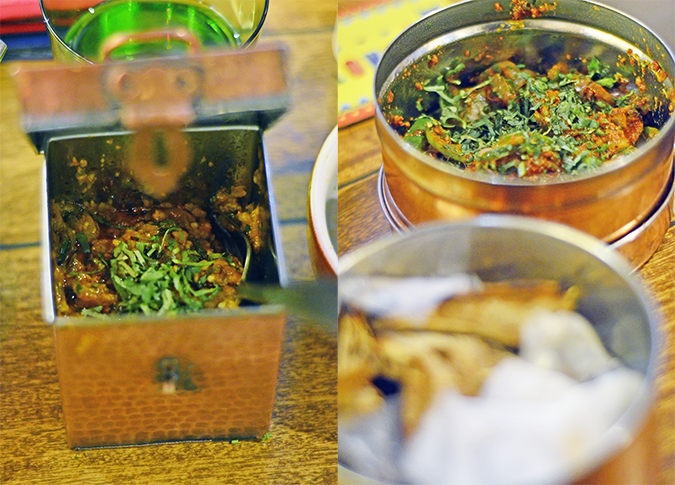 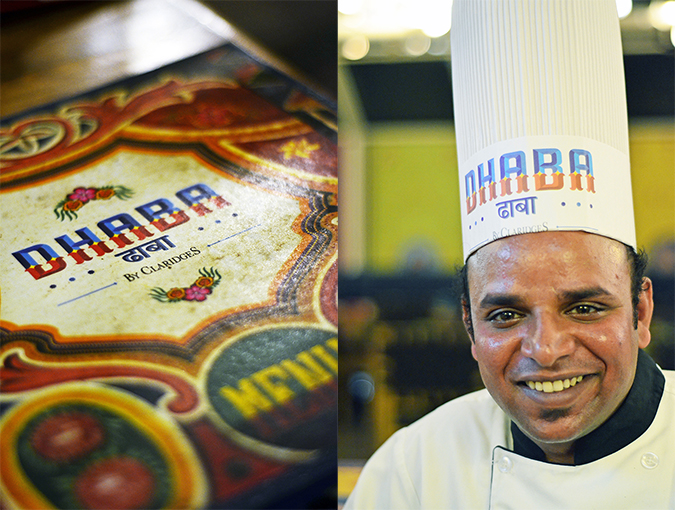